Superstar rock group Red Hot Chili Peppers will make their debut in the UAE with a spectacular concert to headline Abu Dhabi Showdown Week, a seven-day series of events set to run alongside UFC 242, which will take place in the UAE capital on 7 September.

Organised by the Department of Culture and Tourism – Abu Dhabi (DCT Abu Dhabi), the inaugural Abu Dhabi Showdown Week will run from 1-7 September and feature city-wide events and activations including pool and beach parties, retail promotions and F&B deals at beach clubs, nightclubs, hotels and malls, with the famous Californian rockers providing an awesome highlight on 4 September.

Taking place at The Arena, a new indoor venue being constructed on Abu Dhabi’s Yas Island, the Chili Peppers’ concert will be followed on 5 September by another world-class concert, with the mystery act yet to be announced.

The two concerts, along with the other city-wide activations and the main event on 7 September, will reinforce Abu Dhabi’s growing status as an entertainment capital, strengthening the emirate’s standing as an internationally renowned leisure destination and a hub for major, globally significant events.

UFC fans and the general public will also be able to experience the inner workings of the UFC during the week through numerous gym activations, open workouts, weigh-ins, autograph signings and meet-and-greet sessions with UFC stars while an activity-packed UFC Fan Experience Zone will be created next to The Arena on Yas Island.

Tickets for the country’s most-anticipated concert of 2019 officially go on sale to the general public on Tuesday, July 30, at 12pm local time, on www.ticketmaster.ae

Information on tickets for Red Hot Chili Peppers’ Abu Dhabi Showdown Week concert will be announced in coming days, although a number of ticket categories will be available. Prices start at AED 250 and rise to AED 995 for Platinum. Fans can head to www.adshowdownweek.ae to register their interest in tickets ahead of the sale period.

With all ticket categories for UFC 242: KHABIB vs. POIRIER sold out, the last remaining hotel and ticket packages for the event are still available at www.adshowdownweek.ae. 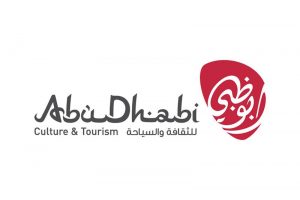